Spring 2021 was humid and temperatures were below average until May. Flowering did not begin until the second week of June and at the same time it was getting warmer. In some cases, the temperatures rose so high that coulure occurred in some of our Blaufränkisch and Chardonnay vineyards – individual berries were not pollinated – which ultimately led to a lower yield. From the end of June to the end of July it got really hot and it stayed dry for a long time. The longed-for rain came at the beginning of August and subsequently it rained repeatedly (over 200 l/m² in August). Since the soil was already dry, it greedily absorbed the water. Unfortunately, our vineyards east of Großhöflein were also hit by hail – Tatschler, Setz, Katterstein and Spiegeln were slightly to moderately damaged. The chipped berries quickly dried out from the sun and could be plucked by hand. Indian summer set in at the beginning of September and lasted through October. As a result, the grapes were exceptionally healthy and full of concentrated sap until the end of the harvest. Very high ripeness and a good acid structure of all our varieties gave us a top vintage in both, white and red. 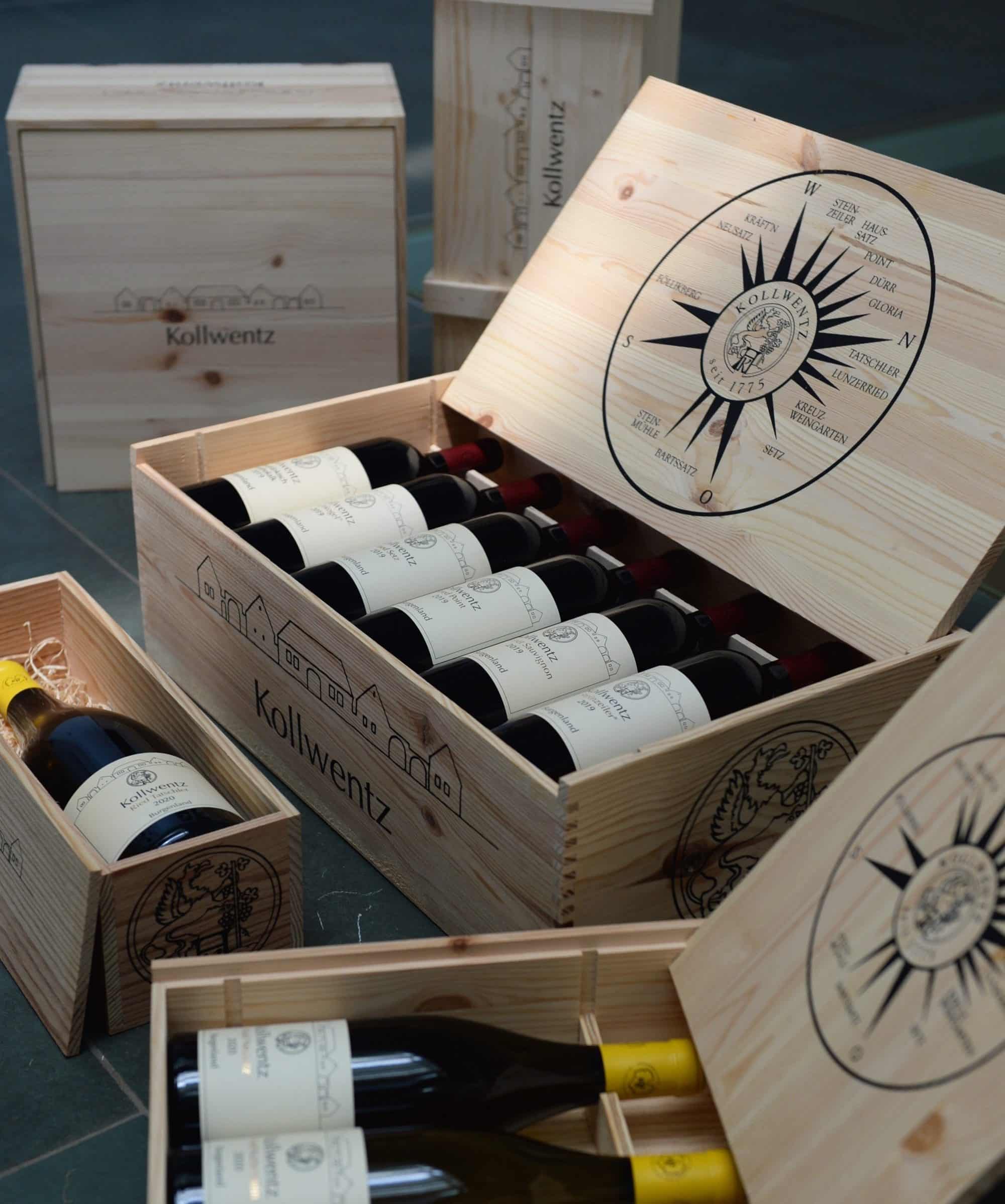 Because it’s not only the inner values that count.

Wine boxes made of solid wood -
perfect as a present


As a presentation-piece, as an eye-catcher in the vinotheque or just for appropriate storage, these handsome wooden boxes are the right idea. First-class handcrafted wooden boxes are available in different sizes ...