If wine lovers are talking about who actually was first in Burgenland to turn away from sweetened tourist wines in a direction which all of us can be proud of today with good reason, only a few names will be mentioned. Maybe Georg Stiegelmar and Ernst Triebaumer and, of course, the great red wine pionieer Hans Igler. Yet, there’s one name which will never be omitted: Anton Kollwentz.

It may be twenty or so years ago in St. Stephan’s Wine Shop – where nobody would obviously recognize him at that time – that we saw this modest man stand in his rural Sunday clothes with a traditional Austrian tie around his neck, kindly asking for a bottle of good Barolo he required for a comparative tasting. Plenty of water has since flown under the bridge. A gentle revolution struck the Barolo and the neighboring Barbaresco regions with Angelo Gaja as a primus inter pares. At the same time, Burgenland was on the point of emerging: its evolution has been going on for 15 years and, thank God, Burgenland is now catching up with the rest of the world.

The term „pioneer“ has hardly ever been more appropriate than in the instant case. Here, Sauvignon Blanc has been planted already for more than twenty years, long before it came in vogue after having soared in Styria. The Kollwentzes also were the first in Burgenland to grow Cabernet Sauvignon; at the beginning of the eighties as a pilot plot that required special authorization.

In 1963, Anton Kollwentz’s approach to the production of the first high prädikat wine outside Rust and Oggau, an ausbruch wine of the variety Neuburger, was successful. The winegrower was rightly proud of his wine, but then he put himself the question: How to sell such a treasure? Anton Kollwentz didn’t think long. He decided that a luxury wine deserved a luxury clientele. And if they weren’t coming to him, he would have to go to them. No sooner had he thought of it that he filled his trunk with wine – and off he went to the Arlberg, where – according to rumors – the well-to-do in their expensive hotels appeared to be only waiting for Kollwentz wines. The hotel owners were stunned, but – lo and behold – with his characteristic gentle tenacity Mr. Kollwentz finally succeeded in convincing an ever increasing number of people of the quality of his wines.

In the meantime, the next generation has grown up with Andi Kollwentz – „grown up“ incidentally is to be understood literally, Andi always looking down at the person he’s talking to. He is not only one of the most ambitious winegrowers we know, but also one of the best informed ones.

If we’ve got a problem in elucidating a complex cellar technological-chemical procedure, there are two telephone numbers in our notebook, also referred to as hot lines: one in Langenlois (Willi Bründlmayer) and one in Grosshöflein. And Andi Kollwentz seems to be a real phenomenon: He is able to absorb and process even the most complicated matter in no time, and also assess his own decisions accordingly, yet also explain it to others in a comprehensible form.

By the way, this is not limited to the wines of the house, Andi loves to talk shop for hours also about the spirits of the house, captivating his audience at all times. 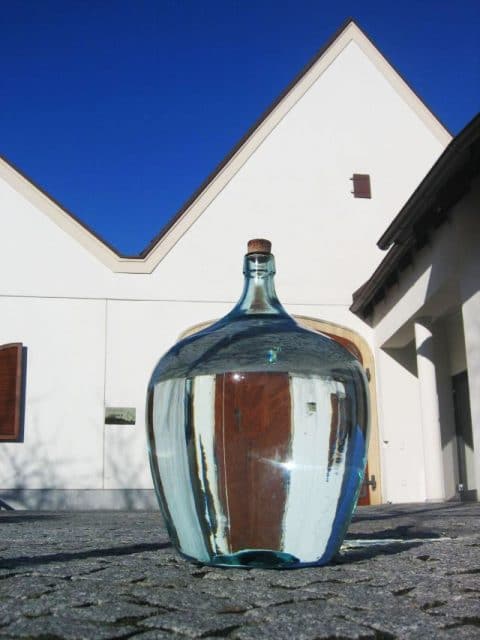